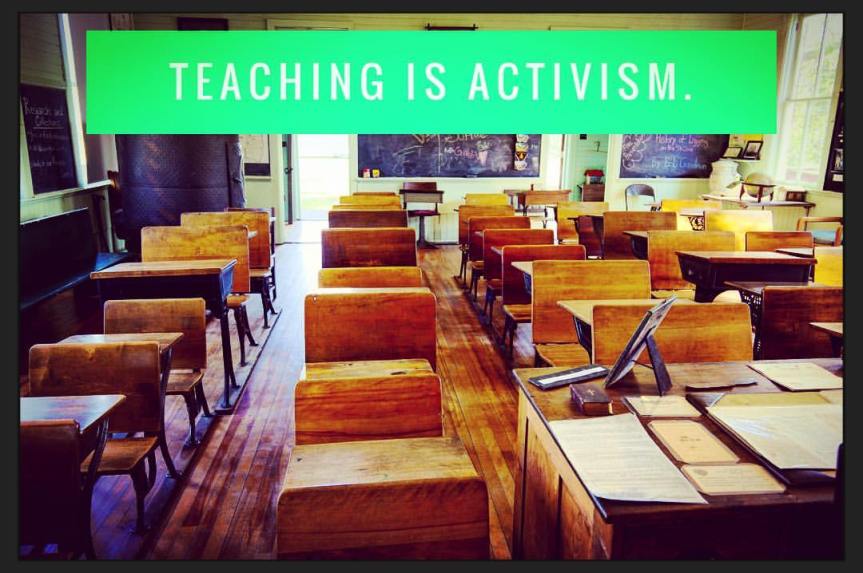 I know I wrote about this recently, but it’s a very important topic for me. I am friends with a lot of people who go out and do things. They go to protests. They organize rallies. They make speeches. And sometimes it makes me feel like I’m not doing enough. I make sure information is shared on my social media accounts. I lend my emotional support to them and anyone who is out there doing things. But I just can’t. I’m sure if I actually went to something, I would get swept up in the emotion and the energy. But the problem is getting over the anxiety of thinking about going.

Even when it comes to teaching, I sometimes feel like I’m not doing enough. Like I should be directly including what is happening in my class. But I haven’t found a good way to do that. There are certain things that need to be covered in this class and I am determined to cover it all. But because there is so much to cover, I can’t spend too much time on any one thing or else something else may not get covered. The joys of teaching an intro class.

Also, there are theories and history that need to be covered at the start of the semester. It’s not easy to include what is going on right now in those lectures for me. Soon, we’ll be moving on to the other topics which will be much easier to include current events in. Last spring my day on ethnicity (I know, I know, a day is not enough!), we watched “Formation” and discussed it. It worked really well. I’m honestly worried about focusing on just one thing and excluding others; there’s just so much happening!

But, it will all come back the fact that there are undeniable facts that I can teach. Focusing on those facts will always be my go-to. There are opinions and there are facts. Knowing the facts makes it easier to discuss opinions. If everyone knows the same facts, they have a shared knowledge base which allows them to discuss.

And when it all becomes too much, just sit back and listen to the amazing playlist Lin-Manuel made for the world. It really does help one to get re-energized. 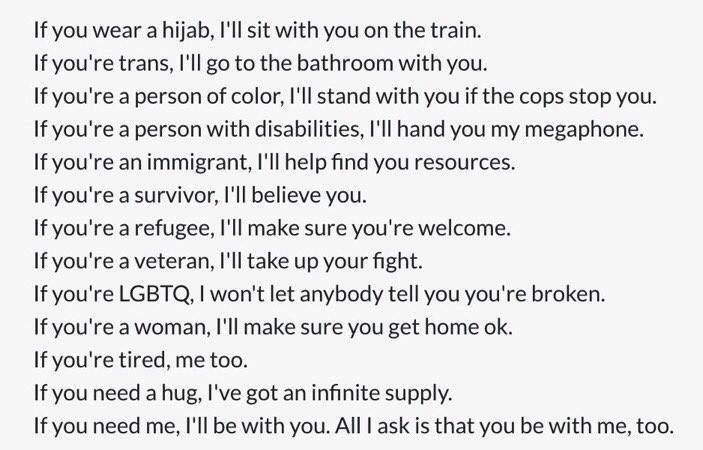 I have been struggling with something. Ever since the election started heating up, before election day, I was not talking about it with my students in class. Part of me knew I was avoiding it so we wouldn’t have an argument on our hands, since this is a topic that can easily spark one. But part of me knew that I should be bringing it up. I’m teaching about popular culture. The election and everything leading up to it falls into this. But I know I’m not great about keeping my emotions separate and my mouth sometimes runs without checking with my brain first. Especially when I’m nervous, which is usually when I’m teaching.

Today I may have come up with an answer for myself. I have always believed in the power of knowledge. That knowing the facts will allow you to be able to at least understand what is going on if not the people who disagree with you. That is what I am trying to do in my class. I am trying to teach my students about the role popular culture has in our lives, but also the facts so they can better understand the world in general. I’m thinking about how to say something about this in class on Monday. I want them to know that I’m not ignorant or ignoring what is happening. That my approach to dealing with everything going on is to be as well-informed as I can be, and making sure they are as well. I don’t get upset with someone who disagrees with me. I get upset with someone who is ignorant of all the facts and thinks they understand what is going on.

One of the things I enjoy about this time of year is Trans-Siberian Orchestra. They have created some amazing music, with three of their albums being geared toward Christmas. One of my favorites is “The World That He Sees”.

It’s that refrain: “And he dreamed of another world, in another time, and another place. Where no man has to wear a sign saying where he’s from, saying what’s his race. And he wants us to believe, this world that he sees.” I’m actually a little sad that it’s become a more and more relevant message rather than an increasingly less relevant one. It’s something that we all need to believe in. That world where we see others as people, not focusing on one part of who they are, but in the whole that those parts are the sum of. It’s a beautiful message that applies to all of us and really speaks to the holidays of this time of year. Let’s all continue to work toward making that world a reality.

This has been a troubling week. It seems like there have been more people killed than usual. Maybe that’s what’s going on. Maybe it’s because we’re paying more attention now.

I have been struggling with how to write about this. My personal feelings and opinions about the mess that the world is in right now; there’s been a lot to deal with this week.

The scene in the black archive from the Doctor Who episode “The Zygon Inversion” keeps coming back into my mind. When I first watched it, it didn’t hit me that nearly all of the Doctor’s dialogue is applicable to what’s going on right now. I’ll post a great transcript of the entire scene after this.

When I first heard about what happened in Paris, I was shocked. I changed my Facebook icon to support Parisians. I posted and re-posted support for those who were victims of extremists, all of them. There are human beings in the world who are victims of extremists every day, without being victims of violence. I am of the camp that the more truth, knowledge and understanding is out there, the less power extremists have over people.

I am in no way comparing myself to those who have to deal with extremists on a day-to-day basis. Those who are living in war zones because people around them feel the need to use guns and bombs instead of words to make their feelings known. But words can hurt just as much as bombs when they’re used by the right people.

The victims of extremists exist all over the world. They are being hurt and killed every day. But because so many of them live in war zones, we don’t hear about it. Even then, it comes and goes so quickly that most people don’t know it happened. Everyone was talking about Paris, but no one was talking about Beirut. The world’s eyes were glued on Paris for days, but when over a hundred people died in Kenya, we barely knew it happened.

Americans have put on blinders of ignorance and wrapped themselves in a blanket of lies. We need to be aware of what is going on in the world. If we are supposed to be a world power, leading the way toward peace, we need to be aware of everything that is happening. Knowledge is not only power, but freedom. Freedom from opinions and half-truths. Knowledge will help us create peace by talking through our problems instead of fighting them out. Didn’t we learn that in kindergarten?

To borrow from a friend regarding assholes: “To paraphrase Patton Oswalt, “we outnumber you and we always will “.”